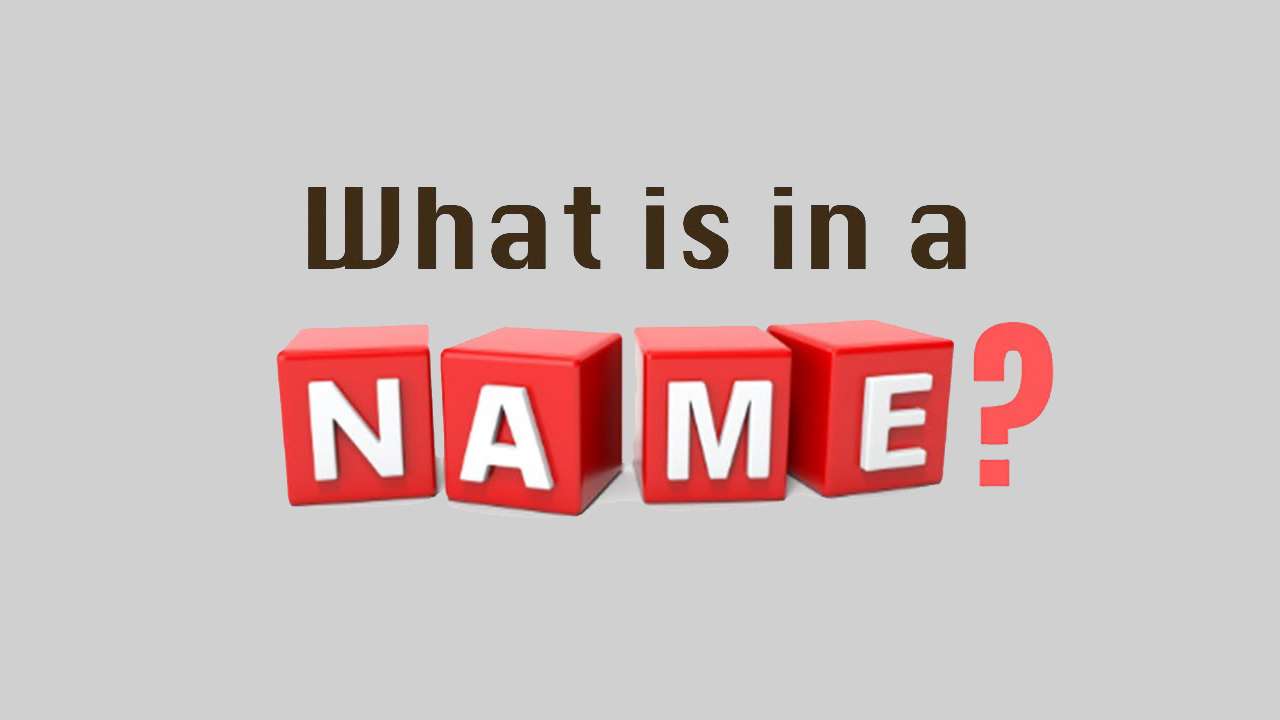 WHAT IS IN A NAME?

WHAT IS IN A NAME?  WHEN USA WON ITS INDEPENDENCE FROM BRITAIN ON 4TH JULY 1776, THE FIRST THING THEY DID WAS TO DESTROY THE ENTIRE CULTURE, RULES, INFRASTRUCTURE AND EVEN THE LANGUAGE OF ENGLISH.

Wiping out every proof of invasion attaining complete material and intellectual independence.
Today a modern American does not even know who they won their independence from or worse, today an American has no idea that he is an immigrant himself. By mass killing of Red Indians then eliminating British supremacy, Americans laid the foundation of their identity.
This happened in 21st century too. By the order of Mullah Omar (Founder of Taliban), 1500-year-old statues of Buddha carved into a mountain was blown in 2001 because it violated Islam’s prohibition on idolatry. Taliban even imposed an immediate ban on any form of art and cultural expression. These steps were an open declaration of war against religious tolerance and diversity.

India was at war against religious tolerance and diversity since 712 when Afghan rulers invaded Bharat, followed by Mughals and then Britishers.
What is in a name?

When communists came to power in East Germany after the WW2, the first thing they did was to change the names of a number of streets and towns.
Chemnitz was renamed as Karl-Marx Stadt.

Streets all across East Germany were named after Lenin, Stalin, Ernst Thälmann, Rosa Luxembourg, Marx, Engels and other Marxists.

Statues of communist leaders were erected across East Germany.

Again, when Germany was unified in 1991, most of the names were changed to their pre-WW2 names by the government of unified Germany. Statues of Lenin and Stalin were demolished across East Germany. Streets and Alleys of East Germany were renamed.

That’s what India and Indians are doing to their city names and culture that does not belong to it.

If there is nothing in a name, why did the invaders, at the first place, change the names of Prayagraj to Allahabad, Karnavati to Ahmedabad, Ishwarpur to Islampur, Hanumanpur to Humayunpur, Visakhapatnam to Waltair, Putucceri to Pondichery etc….?

Irrespective of how liberal you are, will you name your son as Kans or Duryodhan?

Will you name your daughter as Shurpanakha or Pootna?

Why do parents name their daughters Aditi, and not Diti?

Why do parents name their sons Arjuna and not Shakuni?

Forget the characters from scriptures, will anybody name their kids “paraajay (defeat)”? However, Vijay is a common name in India.

Will anyone name their children “Daanav”? However, Dev is a common name.

Will you name a place Kasab Chowk? One can argue that we cannot name a place after terrorist and might even get offended by it. So how are we able to tolerate the name after Mughal invaders who reigned in the name of terror itself. 704 places in India are named after 6 Mughal rulers. Rulers who caused forceful conversions, who killed and raped for sport, who taxed a Hindu for being a Hindu. Bahmani sultans in central India (1347-1528) killed a hundred thousand Hindus, which they set as a minimum goal whenever they felt like punishing the Hindus.

The evidence of cruelty and genocide of millions of Hindus is buried deep below songs of greatness of Mughal history and British colonialism. Digging out the evidence will also bring out the remarkable Bharat we once were.

Not only they changed the names of our cities, but even of our country. Real name, which is mention in our constitution is Bharat, after a Great Indian King. When Arabs came to Bharat by crossing Sindh, their inability to pronounce Sindhu gave us the name of Hindustan which was used by Persian and Mughal invaders. Even today, in Chinese text, our country is mentioned as Yindu Guo, which translated means Hindu Rashtra. Greeks and Persians always referred Bharat, east of Indus as India which was always officially recognized by British empire even before colonisation. In history of riches, invasions, slavery and colonisation Bharat was already divided in three just on the basis of its name. Its unimaginable that to what extend these invaders went to divide the people of Bharat.

The minds were enslaved and false narrative was mixed deep into our blood which it continued by intellectuals of India and they so called superstars of Bollywood. Those who are willing to name their son after one of the cruel invaders of India, Taimur. Those who changed their names and presented muslims as suffering class of victims hiding the truth and enslaving millions of minds through their depiction. Just draw out the similarity between Hindu representation in India’s biggest series Sacred Games and life of Babur as written in Baburnama or Tuzuk-i-Baburi. What was depicted as Hindu cult was the truth of life of Babur.

Let us Stop acting like a fool in the name of appearing cool. Have some respect for our ancestry and forefathers, who faced the oppression of invaders – first Islamic and then British- but still managed to pass their traditions, culture, customs and faith despite all the odds.

It’s time we must realise our self-respect about our identity, about our existence and about our past!

Our cities were named Prayagraj, Karnavati, Ishwarpur, Hanumanpur, Lakshmannagar, etc. our forefathers were killed, our ancestors raped, murdered and oppressed by those who established these very signs. Have some pride. Have some self-respect. Spare some thoughts for your ancestors and what they braved when the barbaric invaders were trying their best to behead, convert and rape your forefathers.
They never compromised with their pride.
They never compromised with their ideals.
They never gave up their identity.
They never relinquished their dharma.

If we troll, ridicule, loathe, mock and make fun when those very symbols of oppression & tyranny are being erased one by one, there is something severely wrong with our identity! There is everything in a name. It stands for our identity. It represents our culture, our heritage, the values that our society stands for, and the icons the society respects!
Should we grow up, get rid of that inferiority complex and that we are cool tolerant people or we let the conspiracy of Hindu genocide succeed which is moving at slow but steady pace? Should we become the nation what Chhatrapati Shivaji Maharaj wanted or should we handover them another chance to massacre Hindus? Don’t you want to know the Truth of Bharat? The past, the present and the future?