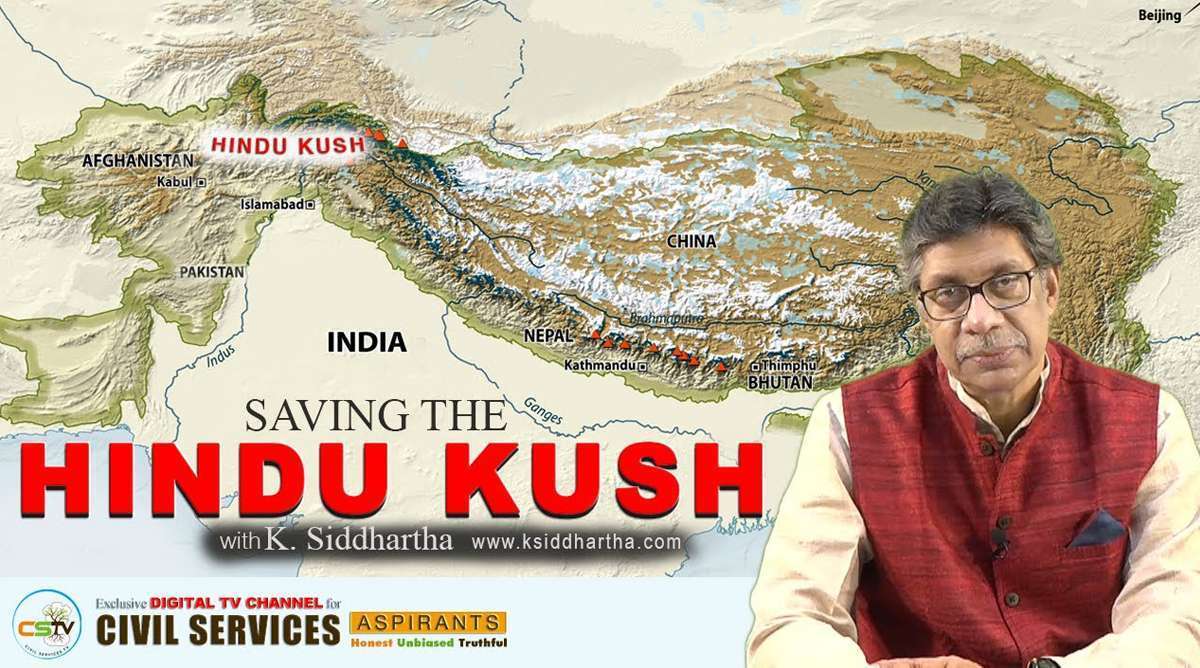 Humankind, have finally evolved themselves in such a manner that they are neither fit to call themselves as humans nor kind. And in the name of calling themselves as  the most intelligent and evolved of all beings have only manipulated their own environment with an agenda to do degradation, rather than development.

They have converted their intelligence into cunningness and have tampered with their surroundings to form irreparable damage, and then the same poor people find ways to restore it, claiming to have done a great deed.

Hindu Kush mountains which stand north of India are one such gift of nature that has been manhandled. Often known as the ‘Third Pole’ of Earth, Hindu Kush Mountain ranges are an ecological, cultural, historical, strategic, geo-political asset not only for the region, but for the world as well.

It is one of the mountain ranges which confluence at the Pamir knot. The beautiful topography was formed as a result of the collision of Indian subcontinent with Eurasia. Therefore, the mountains are young and seismically active, which also makes them a fragile ecosystem. The mountains span across Afghanistan, Pakistan, India, Nepal, China, Bhutan, Bangladesh. Hindu Kush mountains are a major source of water resources in these countries and other related resources. The ranges are snow covered to the extent that, after the polar regions, they are called the third pole of earth. Consequently, these ranges give birth to several rivers and particularly 10 major rivers. Numerous ecosystems are fed by these waters. For example, Humaon wetlands which are fed by the Helmand river. Wetlands again are an important ecosystem in itself. It is no wonder that one-fourth of the world’s population derive their water resources from the glaciers of the Hindu Kush. Four biodiversity hotspots are situated in the region.

The Hindu Kush mountains are also under threat like our tremendous other ecosystems. The effects of climate change induced primarily by anthropogenic activities are taking a toll on the snow covered wonders. The glaciers are melting at an unprecedented rate. The real cause of worry is that 36% of the Hindu Kush Himalayan snow will melt by the end of this century even if the temperatures are kept within the decided 1.5 degrees of the Paris Agreement limit as per  journal “Nature”. This shows the strain under which these glaciers are. And if this strain aggravates, the Consequences of excessive melting of glaciers would be disastrous. It will lead to flooding of entire valleys and villages, displacing millions of people and wildlife. And in the long run, rivers will become seasonal leading to water scarcity.

The Hindu Kush ranges are home to a very large biodiversity, the rare snow leopard, red panda, marco polo sheep, musk deers, rhododendrons, orchids and a variety of rare medicinal plants are also found in the region. It is obvious that any change in the environmental conditions will severely impact these species.

Not only flooding, melting of glaciers will also release a tremendous amount of carbon dioxide locked up in the snow, further adding to the greenhouse lot.

The threat of warming is complemented with construction activities, tourism, migration and urban growth. A large number of hydroelectric power projects are undertaken by India, Nepal, Bhutan, etc. which only add to the woes of mountain communities. Their abodes are flooded, cracked due to seismic activity which is further induced by structures like dams that cause RIS.

It is high time that countries step in seriously to take relevant decisions because borders don’t define our responsibilities towards nature. There is an urgent need to include stakeholders, governments, scientists, conservationists to plan restoration action.

Mountainous regions are culturally rich and its people are very much attached to their ecology culturally. Their culture is derived from their environment, and every culture has its own understanding of the environment, its herbs or wildlife. Therefore, to preserve these cultures too, it is required that the environment is saved with active involvement of the local communities.